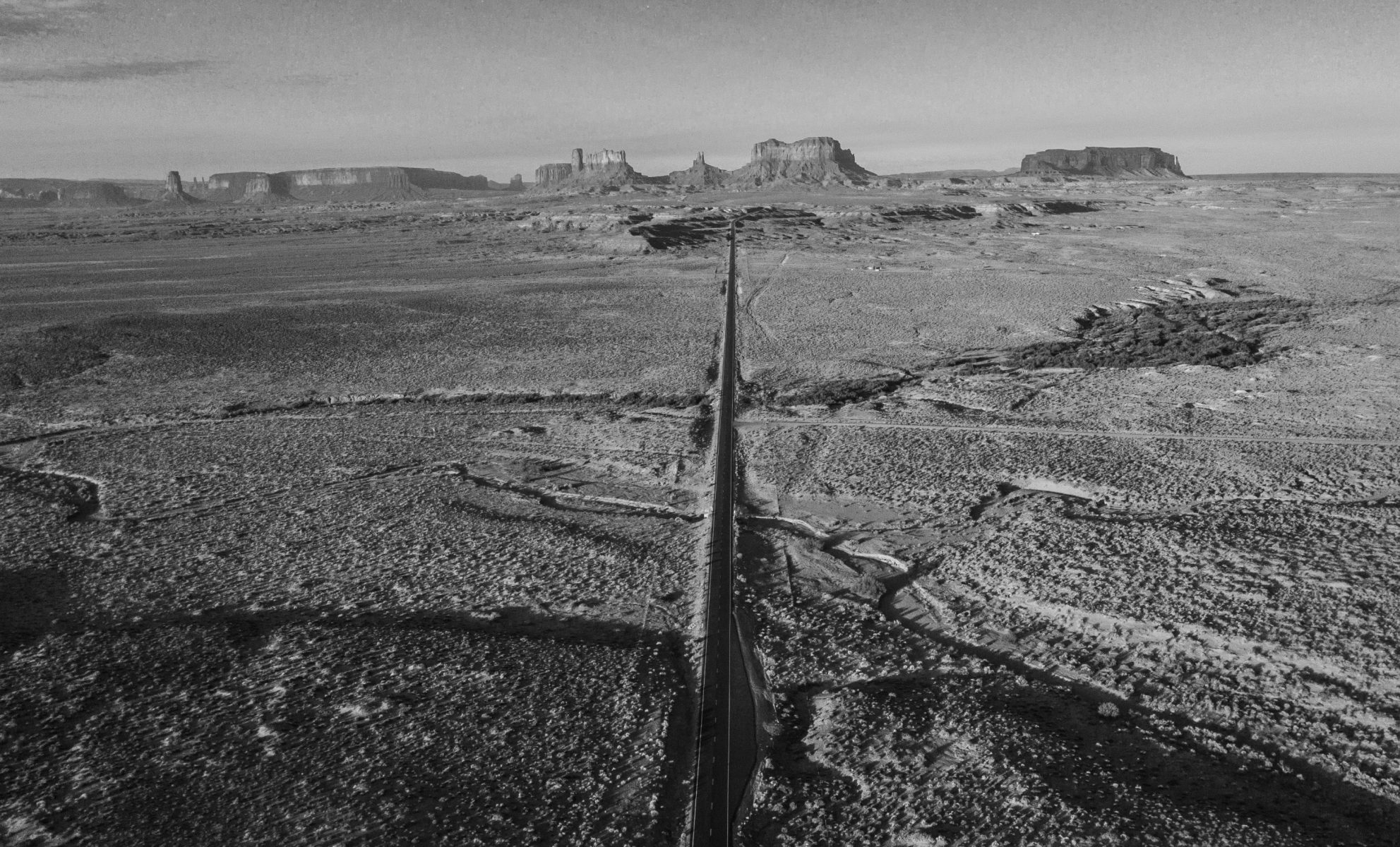 September tends to be an intense working month for most of us and we have certainly put in a decent shift over the last five weeks. Our big two assignments in the last four weeks were both in Native American communities, but that was really where the similarity ended – one was in temperatures as low as 20 degrees below zero and the other was in an area where we baked in up to 40 degrees above.

As always, we were reminded of the breadth and depth of America – no other country offers such diversity of visual opportunities, but equally no other country has been as comprehensively documented by the cameraman. It is a prerequisite to think smart and be authentic. There is no room for being conservative when photographing the great outdoors in America. There was a 24-hour period in September that we will never forget and it had nothing to do with photography and everything to do with enjoying the random experiences of life.

My assistant Alex Ames and I had spent the week working on the North Slope of Alaska, trying to photograph polar bears. It is the polar bear location in the world that most suits my immersive and “down and dirty” style of photography. With the right guide and precise up-to-date research on polar bear activity, you have a good chance up here – but I have often failed to deliver as the weather can be very unforgiving. It’s a long way to go to return with nothing, but that is the nature of the game. It is important to fail, as that often offers the determination to succeed. There are no comforts in this part of the world and it can be a forlorn and mournful destination. Imagine Mykonos – with its effortless style, its constant warmth, the excess, the glamour, the friends and the fun and then flip it 180 degrees – that is the North Slope of Alaska. Tom Ford will never go to this part of the world. The traditional native villages have a slight Mad Max feel to them and I always leave there with a strong sense of having been part of some clandestine reality TV show. But partly because it is not Mykonos, I do rather enjoy it – this is the final frontier.

Inuits and alcohol have had an uncomfortable relationship – they were introduced to the devil’s sauce only a few generations back and their bodies have manifestly yet to catch on to the virtues. Alcoholism and all that goes with it started to colour everyday life. As a result, in many Inuit communities in Alaska, Canada and Greenland, the consumption of alcohol is forbidden. It is a cruel irony that at the top of the world, where it is below freezing 75% of the year and dark for three months of the year, the one commodity that could help along the way – a hot toddie – is banned. They can smoke weed all they like, but that hardly keeps you warm.

No group of workers are more familiar with the challenges of the North Slope than those in the oil service community. The oil basin around Prudhoe Bay is one of the biggest outside the Middle East, with an estimated 25 billion barrels of recoverable oil – double the size of the next largest field
in America (East Texas). At its peak, BP operated Prudhoe Bay, was producing an astonishing two million barrels of oil a day. That equates to 1/10 America’s daily oil consumption.

Man camps have been part of daily life in Prudhoe Bay for 40 years – tough oil service workers seeking good money for working in extreme conditions descend there from all corners of America. This is clearly “no place for old men”, but women, children and pets don’t seem to feature heavily on the morning roll call either. It is life in the freezer that only uncompromising people can handle. The LGBT movement do not have an operative in Prudhoe bay. 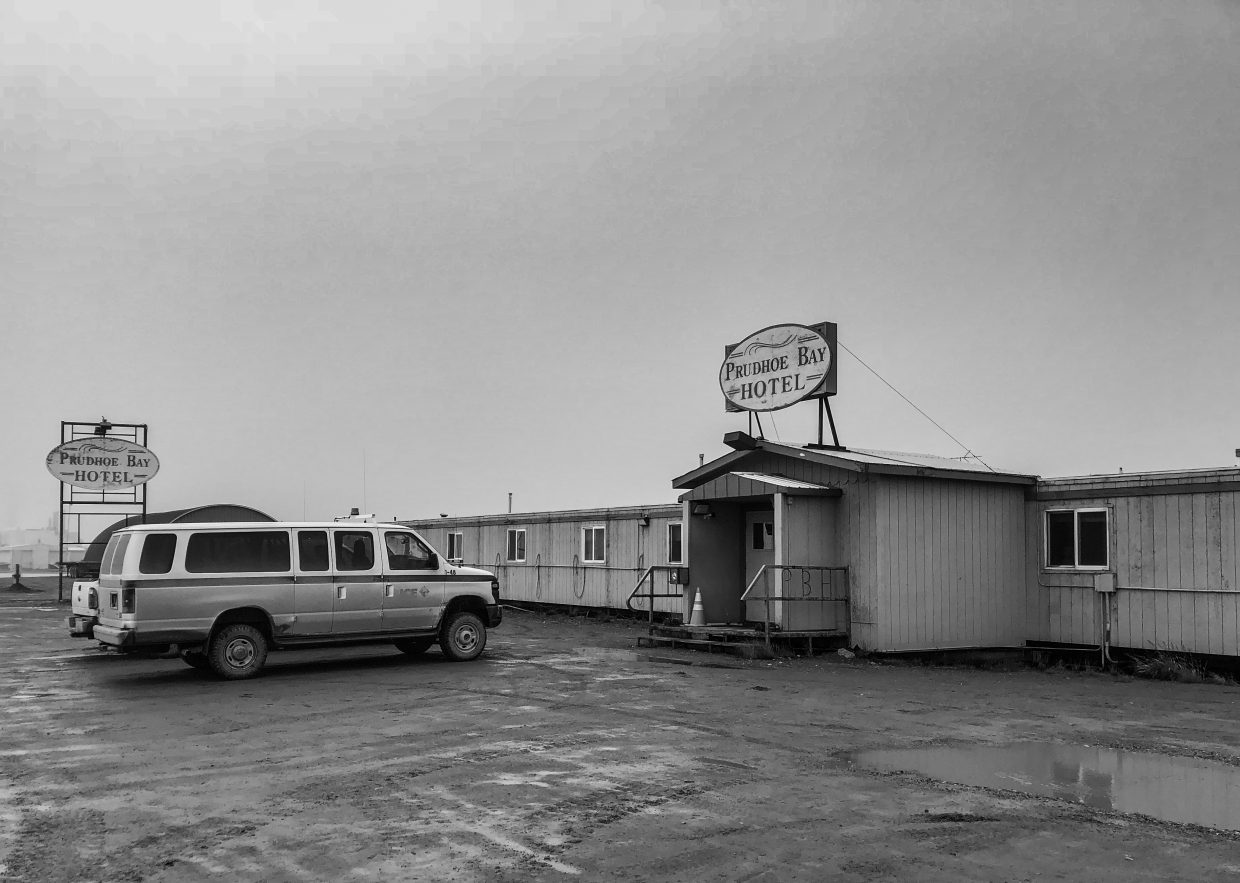 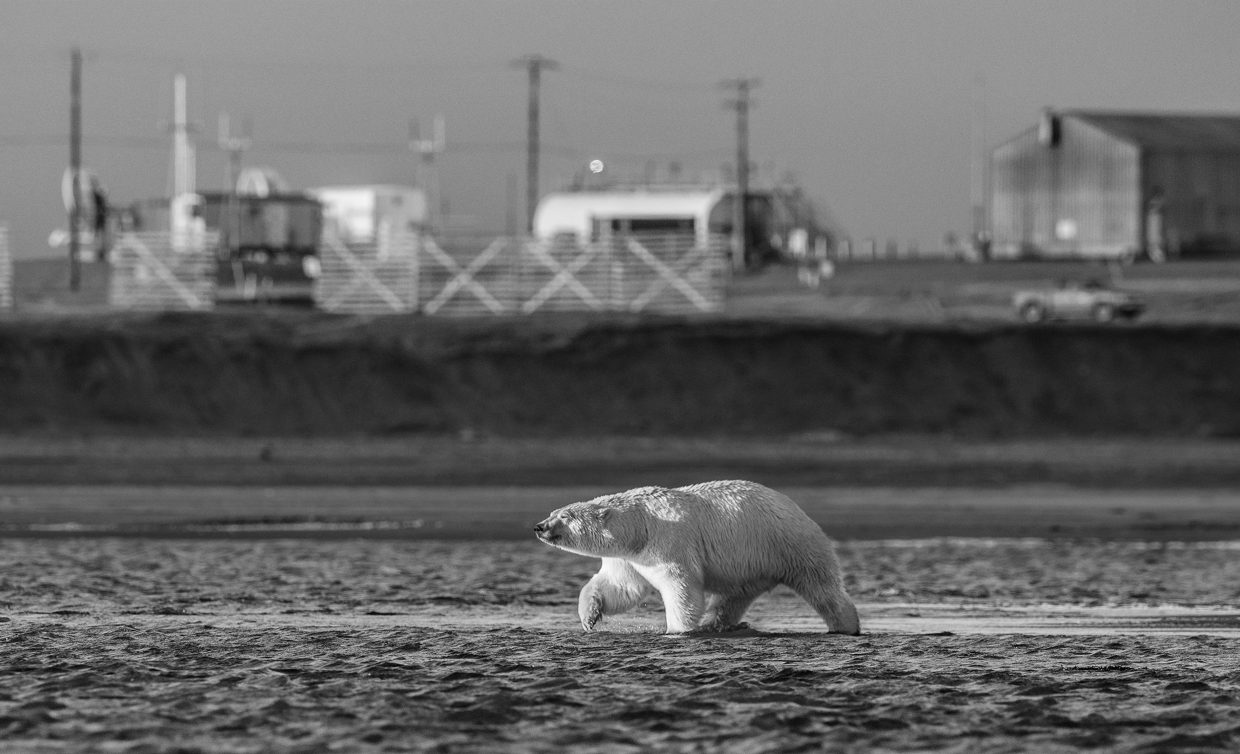 And so it was, that air disruption on a foggy morning in September, conspired to leave Alex and I marooned in Prudhoe Bay. We landed in a small local plane, but then the visibility fell to a few meters and our flight to Anchorage was cancelled. Actually the visibility might only have been a few feet, because rumour has it that the pilots take off in almost anything up there – such is the pressure from all passengers to leave as soon as possible. Phoenix, our final destination, then seemed even further away.

Many Liam Neeson fans will have watched a thriller called “The Grey” – which told the story of an oil worker on his way home from Prudhoe Bay being involved in a storm induced plane crash. I watched it too and now we were seemingly extras in the sequel. There we were in that bizarre building with 600 other blokes waiting to get home.

Of course we have all been delayed in airports and there are normally a few options to kill time – the airline lounge if you are lucky, or a nice bottle of red or even a not so nice bottle of red. Maybe do some unnecessary shopping or catch up on emails.

But Prudhoe Bay is – of course – dry and the airport is an airport in name only. Highly paid oil workers on three week shifts arrive at the departure construction (the word terminal would be misleading) looking skywards for the Alaska Airlines A330. Here normally is their salvation – because somewhere on that aluminium tube is a well- stocked drinks trolley and these oil men have hard cash to spend.

But on this day all we could see was dense fog and to make matters worse, it was a Friday. The flights were stacking up and with it the inmates. It slowly dawned on us that we were the only people in the building without Alaskan Airlines loyalty cards and we would have to compete with highly paid and seat prioritised oil workers to find a way out of hell.

By mid-afternoon, the fog had started to lift and it was announced, to great applause, that the runway would soon be reopening. By some miracle we were allocated the last two seats at the back of a plane to somewhere called Barrow. This sadly was not the charming old industrial town in Cumbria England, but its namesake at the corner of the world. Have a look on a map for somewhere near Russia called Barrow, I think it has only recently been discovered. Our seats were row 33 E and F – next to the rear gunner.

Phoenix is quite toasty and we had left The North Slope wearing our arctic clothing under the assumption that our Arizona summer gear would be at baggage claim inside the air conditioned airport. No such luck – the bags and all our cameras were still in Prudhoe Bay.

I have no doubt that the Phoenix Police department were alerted that Saturday morning to the presence of two Brits aimlessly wandering in the streets of Scottsdale wearing Canada Goose Jackets and hiking boots in 108-degree heat. It was not a pleasant end to a very surreal 24 hours.

Alaska Airlines kindly delivered our bags the following day and then we drove six hours north for what was one of the most eagerly anticipated assignments of the year – a Thelma and Louisereincarnation in the heart of the American South West.

When we arrived to scorching heat in Kayenta, just south of Monument Valley, we were very much in Navajo country – the town is slap bang in the reservation. A cold lager seemed obligatory, but that was once again out of the question – We were finally outside a reservation.

Monument Valley is the American Wild West at its very best and I have long aspired to make a picture as opposed to take a picture there. The issue has always been that I did not have a strong enough idea. Like the Grand Canyon to the West, the enormity of it all is rarely captured in a landscape shot and besides I needed the X factor and that required authenticity. To put a cowboy or indeed an Indian on a horse at John Wayne point is hackneyed and I had no real interest in going down that path. The picture doesn’t work either, the horse is always too far away from the camera in the shots I have seen.

It was when re-watching Ridley Scott’s Thelma and Louise, that I had my visual breakthrough. Road trips are at their best in America and this is one of the very best road trip movies ever shot. Much of the filming was in Arizona and Utah and Monument Valley provided the poster cover shot. I recognised that a key part of my take would be a convertible 1960s car – it would serve to frame and also reinforce the premise that the story was about the journey as much as the specific location. To journey is to romanticise, whereas to arrive represents a cold conclusion and to that extent there is more room to play thematically with the former.

Monument Valley is a big tourist destination in the US – and that means it can be very busy during the day. But the light is too tough during the majority of the daylight hours, so we knew we could avoid most of the visitors.

Our entire approach was based on the conviction that we would be finished in the morning by 7.40 am and would not restart in the evening until 5pm. This was agreed to by the Utah State Patrol who closed off part of the main road to Moab for the early morning shoot. Without this we would have had no photograph. Having said that, the stretch of road is so famous that we had many lookers on from first light. As you can perhaps imagine, the whole set up became quite an event.

Given the degree of preparation involved, we were working unusual hours – the first wake up calls were just before 4 am and we were on location well before dawn. That is not that unusual, but the assembled cast certainly were. Josie Canseco is a real star in the making and we were delighted that she agreed to travel from LA for the shoot.

Our base camp for much of what went on was a tiny village 10 miles north of marker 13 on the Utah road called Mexican Hat. Its mere name evokes imagery of wagon wheels and dusty saloon bars, and the reality is thankfully not much different. It also has an excellent barbeque joint where we started and ended our adventure in the desert. Finally, it was the first time we have seen a cold beer in the field for 10 days – we were outside a reservation. We will always remember the charm of Mexican Hat and we will never forget that only two days earlier we were in Prudhoe Bay.

I am very tough on myself on any edit. My threshold of what constitutes a strong image with the power to freeze the attention of others is high. Many decent images do not even make it past stage one, as we are looking for something a bit more special than decent.

I think we did our best work of the year in September and I fancy the photographs in this report will stand the test of time. The initial response has been very exciting and makes the 16 flights I took in September worthwhile. 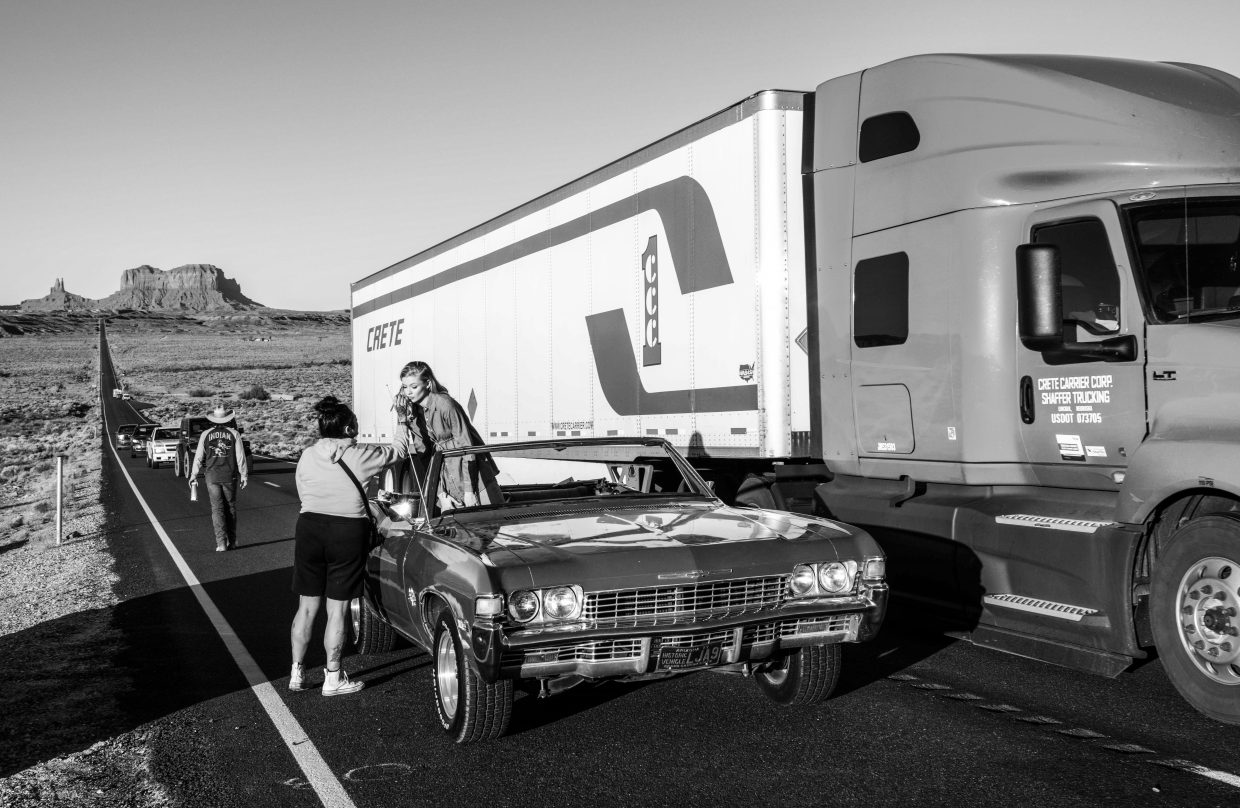 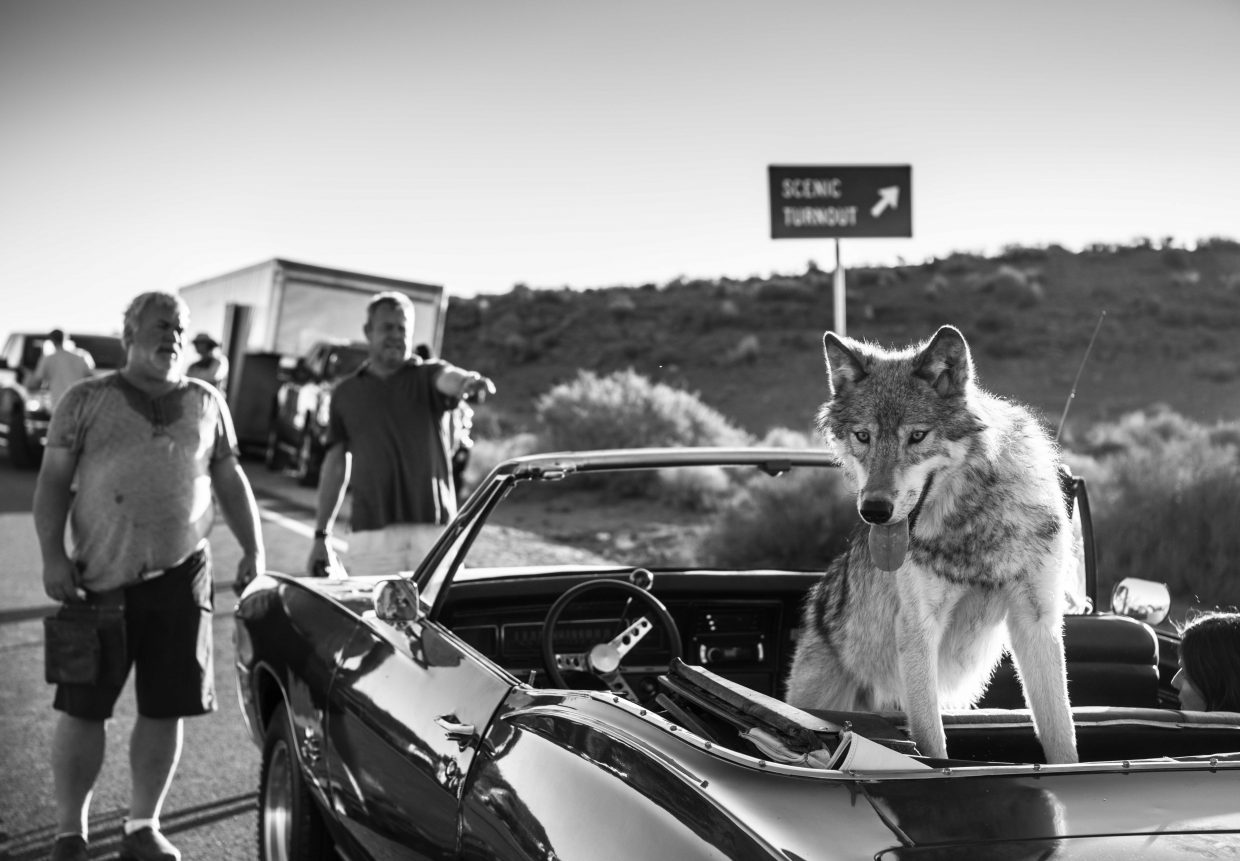 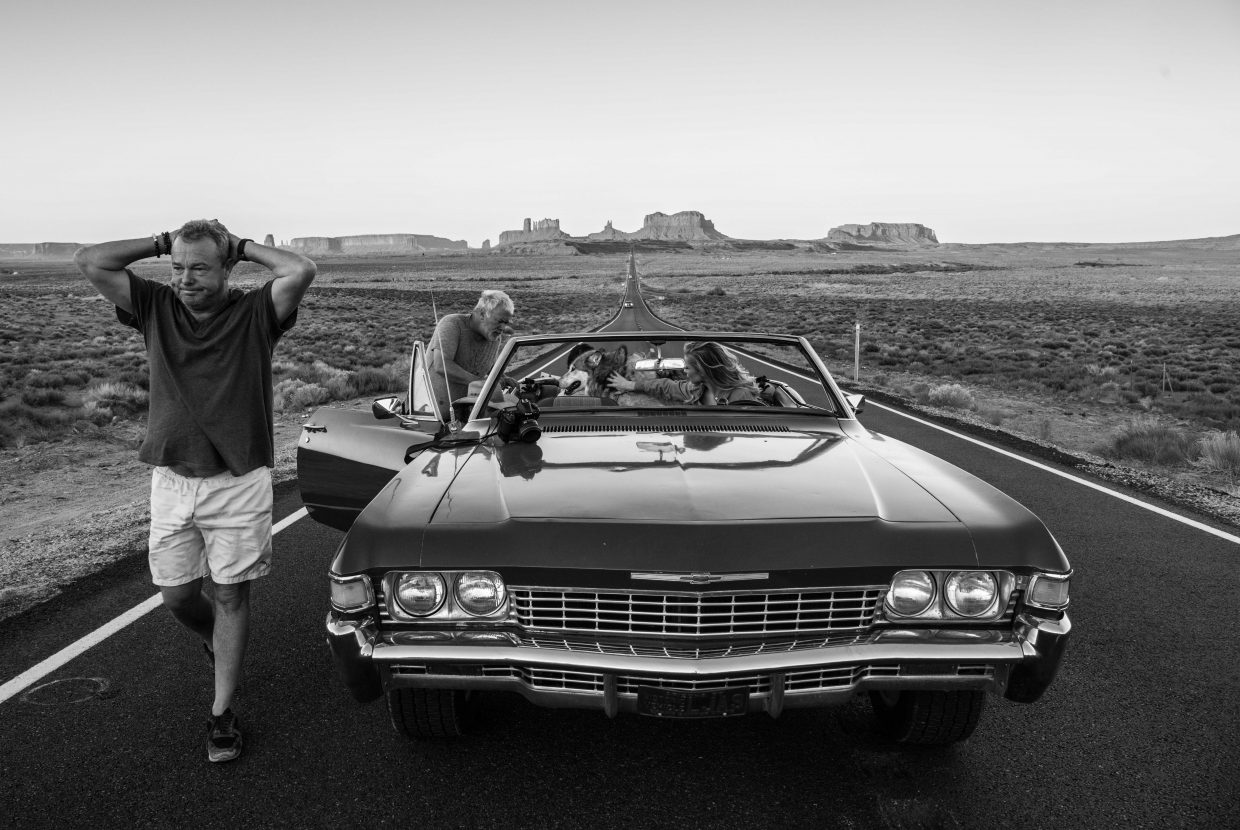 Back to News Page